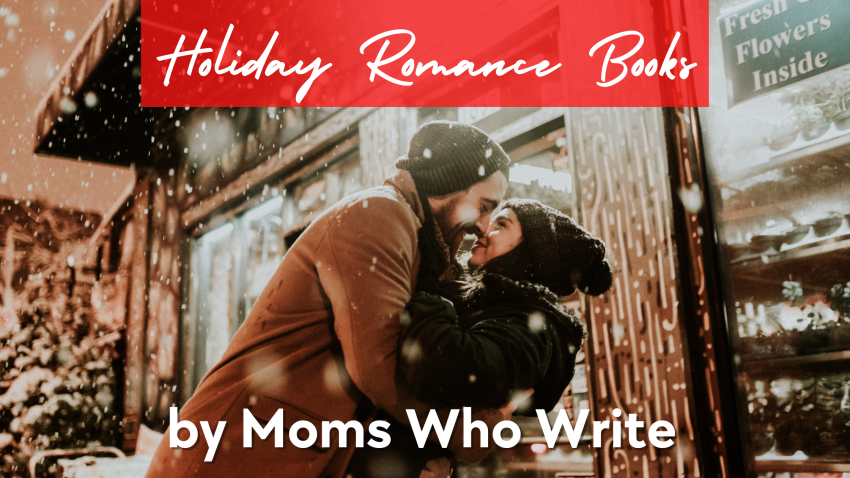 Are you counting down the days to Christmas? Because we sure are! Hopefully, you get a few days (or even hours) out of the holiday bustle to relax, sip your coffee slowly, and read a book or two. We have the perfect holiday romance books by some of our MWW members for just such an occasion!

Side note: If you want a fun, book-related Christmas tradition, check out this blog about what they do in Iceland on Christmas Eve.

The Matchmaker’s Spell: A Santa Story by Julie Leister

Eira Noelle Clawson hates Christmas, but she’s about to fall in love with Santa Claus.

Eira doesn’t take crap from anybody, especially in dating. Her sister says she’s too picky, but she just wants someone who will respect and be honest with her—that means no secrets. Then, she struggles to rise from the darkness of depression when she loses her parents in a drunk driving accident right before Christmas. With encouragement from her roommate, she seeks professional help. At a grief support group, Eira reconnects with Stephen Christensen. He becomes her beacon of light in the darkness.

Stephen, the heir apparent at the North Pole, has been training his entire life to take over as Santa Claus. At the unexpected death of his father, Stephen takes charge of Santa’s workshop while trying to finish his education and woo a ‘Claus-trophobic’ Eira. Keeping his secret safe proves to be a challenge. The Matchmaker’s Spell, invoked when he first met Eira, causes magical things to happen that are out of his control. Hiding the magic is imperative. If Eira discovers it, the magic will be destroyed.

Will love conquer depression? Will Eira still love Stephen despite his secret identity? Or will she walk away from the best Christmas present of her life?

Before the Altar: Degrees of Separation Book Five by Jac Franklin

You are invited to spend Christmas at Warren Hall.

What could be more festive than a fling with the local vicar?

Greek lawyer Nerina Onassis doesn’t have much choice about coming to England for the festive week. When her friends invite her to stay, it’s difficult for her to say no, and maybe a week in the Suffolk countryside is just what she needs.

The Reverend Doctor Luke Mathews is an expert juggler. He juggles his work as a psychologist, his calling as a parish vicar, and his life as a divorced, single dad. Heading into the busy festive period, he doesn’t expect to embark on a whirlwind romance with a visitor to the village. One kiss and he’s allowing a darker side of himself to emerge—and he likes it!

Spending the week sneaking around the village, Nerina and Luke realise that there is a spark between them that they cannot deny.

Unfortunately, ghosts from Nerina’s old life come to haunt them.

Past, present, and future.

Can they find the way to their happily ever after?

Or is that a Christmas wish too far?

Lacey Murdock’s life screeches to a halt when she gets stranded in small-town Larkspur for Christmas. Thankfully, the innkeeper is a handsome and sweet man who makes for a welcome distraction from the life she left in Minneapolis. In Larkspur, she rediscovers her passion for creating and realizes what she’s been missing since her mom died. But the quick attachment she forms to this town and these people has her wondering if she could ever be happy anywhere else. Will she take the leap and make a move, or will she leave behind her chance at real love?

The last thing Will Christiansen expected for Christmas was a beautiful, wayward traveler who instantly charms anyone who meets her. Her eagerness to help his sister is just the first way she wins him over, and before he knows it, he’s telling her his dreams of leaving the inn to become a restaurant owner. But following his dream means saying no to his family, who depend on him for everything. He tries not to fall, but he can’t help wishing Lacey could be a permanent fixture in his world. Will he find the courage to take charge of his own life or will he continue his yes-man ways?

Coming Down Her Chimney Tonight by Maddison Summit

Ready for a scorching hot Christmas Down Under?

I could go for the easy euphemisms—deliver her a sack full of goodies, infuse her with Christmas spirit, come down her chimney with glee.

But the truth is, my former high school crush, Charlotte Becker, has asked me to bring her the one gift that Santa can’t give…

She was my first love. My teenage fantasy. And now she’s back in town, burnt by the world and desperate for a final chance at her dreams.

I accidentally got myself friend-zoned in high school when I agreed to the best-friend pact. Now. she wants me to agree to a baby pact. An even worse idea, right?

But it’s Christmas—magic comes with the territory. Which is good because I’m going to need more than a small miracle to prove to her that a life together would be the whole package.

A short, steamy Aussie romcom that’s sure to heat up your Christmas!

Keep an eye out for this second book in the Love in Pineville series, a group of interconnected standalone books.

Lena is in a rut. She thought she’d be married and have kids by now. But her ex just took off with her savings, her mom won’t stop criticizing her, and she needs more out of life. When she runs into her first love, her high school boyfriend who abandoned her after graduation, she’s confused by her feelings. Can she forgive him? Is she actually over him after all these years?

Mason is ready to settle down. Eight years in Florida running from his feelings had done no good. He was turning into his drunk father. Going back to Pineville was the logical answer: his brother was there, and their mom wanted to go back. He’d left the best pieces of him there with Lena.

People said high school relationships were fleeting. Not theirs. Mason knew in his bones that she was the one for him. He would settle for her not hating him if that was all he could get. It was more than he deserved.

When they trade favors, the line between past and present blurs. Will the holiday season bring them together or will their scheming blow up in their faces?

In a growing community of thousands of writers, we do our best to represent our authors. If your book didn’t make it on this list, join our Facebook page for more opportunities to feature your work.