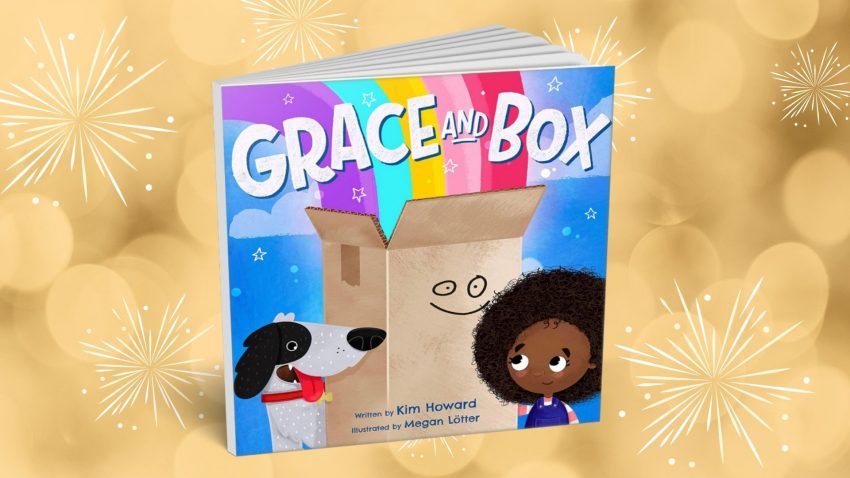 I am obsessed with children’s books—particularly picture books. Before he was born, my first son had more books to his name than the average newborn. I’m always on the lookout for a new book to add to my children’s collection. So, I figured I’d start by supporting our members, which is how I found Grace and Box by Kim Howard.

The story begins with a refrigerator delivery, which is how Grace befriends Box. Grace’s big imagination assigns Box lots of different roles for their adventures together. One day, he’s a rocket. Then, he’s a tent for camping and even a submarine!

But after days of playing pretend, Grace notices Box doesn’t look so good… Plucky Grace is not about to let her friend go down without a fight. Band-Aids, soup, a little rest, and a little bit more tape give Box the refresher he needs for more adventures.

Grace and Box is fun, imaginative, and relatable.

I’m eternally jealous of children’s book authors because they have a childlike creativity that I lack. Kim is no exception. She really dove into the mind of a child to come up with all the things an ordinary box could be. My son’s favorite part was when Box was a sinking ship and Grace was a pirate.

Additionally, the layout of the book enables parents and children to have conversations while they read together. I kept finding myself asking my four-year-old what he thought Box would be next before we turned the page. He had a thing with a box for a while. So, we talked about how he used his own box to play pretend and use his imagination just like Grace.

As an adult reading this story, I was brought back to my own childhood and all the fun my friends and I had with boxes. The concept is universal!

It’s one for your collection.

If you’re looking to add something new to your children’s book collection, Grace and Box is a definite winner. It’s a story that fosters imagination and creativity in children. (And it also gives parents some ideas for creative play.) So be warned. After reading this, your child may want a box of their own!