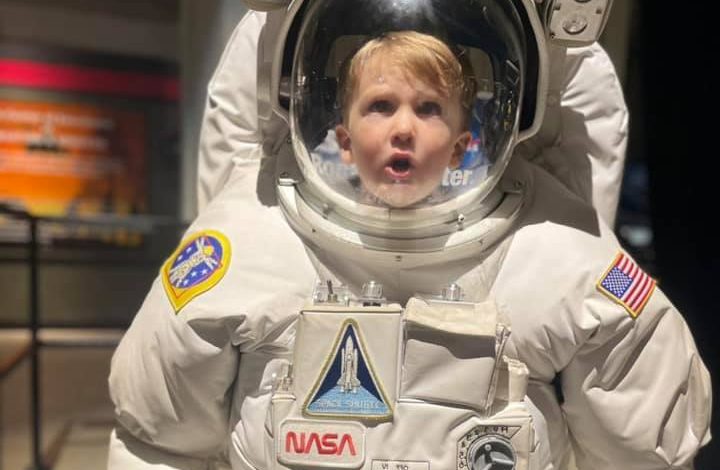 I was never a cool kid. I wish I could say that I never fit in and I was okay with marching to my own drum or something like that, but that would be a lie. I always wanted to be a cool kid. I was deeply affected by rejection and struggled to say the right things or do the right things to get approval from someone I thought was cool.

So in second grade, when Mrs. Hutchinson gave us one of the “getting to know you” sheets at the beginning of the year, I spent a lot of time trying to figure out what the “right” answers were. And I always hated the “what do you want to be when you grow up” question more than anything.

Of course I wasn’t good enough. I wasn’t ever going to do anything with music. Telling people felt like opening the door to judgment, and I preferred to avoid that.

So, when I sat in Mrs. Hutchinson’s class, I remember trying to think of what my 7-year-old brain processed as the most “normal” grown up jobs.

The one that popped into my head was grocery stores. Everybody went to grocery stores and they were always full of adults that worked there.

So beside my name, and my brothers’ names, and my favorite color I wrote that I wanted to work at a grocery store. It seemed so innocuous and so inoffensive. A normal job that people go to.

It wasn’t until recently I remembered that event and thought about it through an adult set of eyes. How sad it was that as a 2nd grader I had already become so aware of what other people thought that even 30 years later I can recall my full line of thinking. Do what you can to blend in. Don’t make waves. Stay the course, say the right things.

This is in no way a referendum on the importance of grocery workers. If this year has taught us anything, it is that we don’t survive if the stores don’t stay open. But the notion that a little girl should feel compelled to hide behind a “conventional” job because her own dreams are too scary is something I want to change.

Now, when my 4 year old says he wants to be an astronaut, we take him outside to look at stars. We let him stay up late and read books about the planets. We make solar systems out of felt and talk about moon phases and constellations.

Because maybe he won’t go to Mars. But maybe he’ll discover science. Or astronomy or engineering or meteorology. Or anything else that makes his heart beat fast and sparks his curiosity.

Or, maybe he’ll go to Mars.

About the Writer: Allie Gravitt is a mom of 3 and lives in metro Atlanta with a house full of animals. Her debut poetry collection, prisonbreaks, is available now on Amazon.