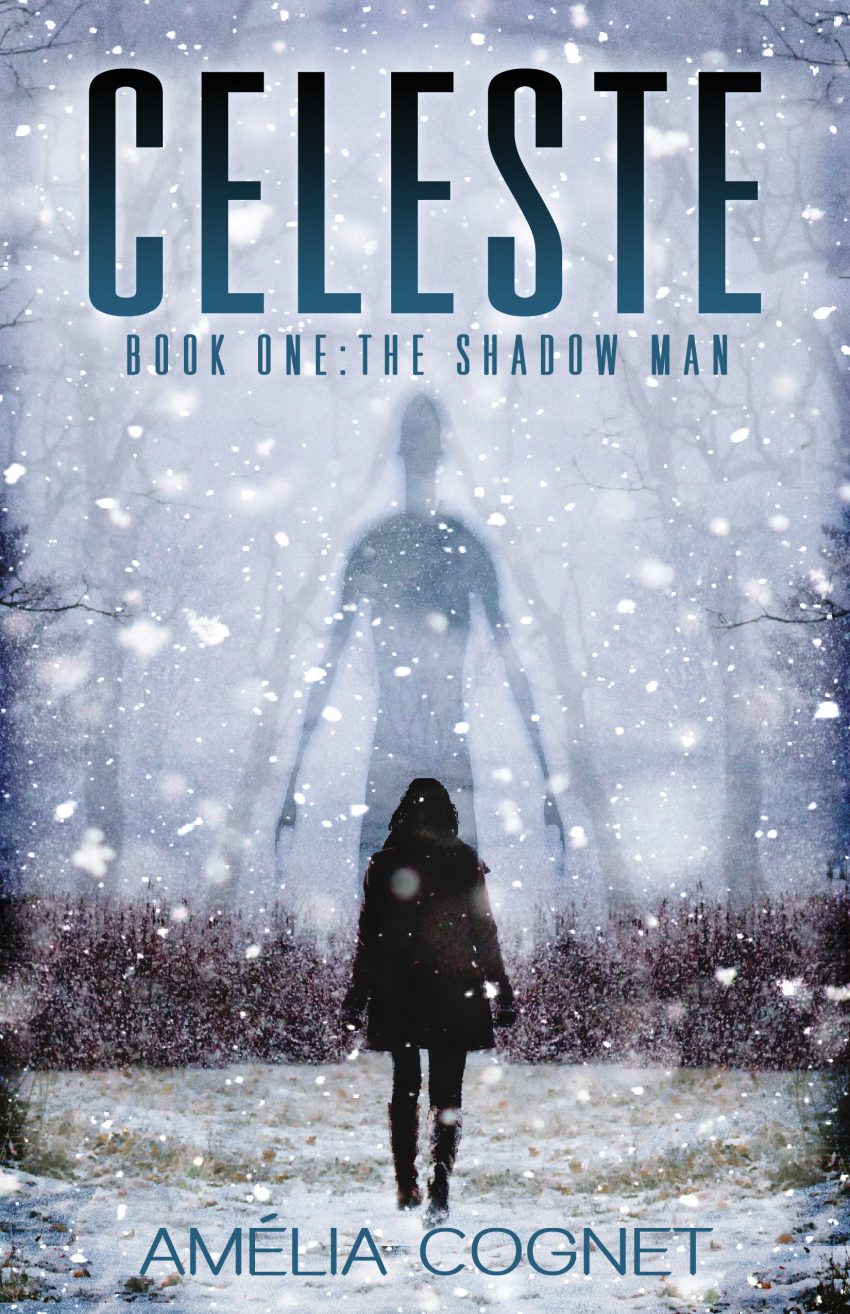 If you are looking for a book that will make you afraid of every shadow that moves one moment and cause you to laugh out loud the next, I offer The Shadow Man by Amélia Cognet as tribute. The first book in Amélia Cognet’s Celeste series is built with expert story weaving, but the well rounded, relatable and at times, very funny characters are what makes the book shine. Riley, the main character, is hunted by a creature that wants to eat her from the inside out. However, Amélia manages to bring depth to the scare factor by giving the reader the opportunity to get to know Riley and the people she cares about.

We learn very early on that Riley has the ability to see emotions as colors, and those colors can affect her own feelings.  Riley is also hard of hearing, and these attributes become overwhelming at times, and makes social interaction complicated. Being someone who is hard of hearing myself, I was cautiously excited to read about a character like me. I’ve never read a book that managed to capture the reality of being deaf before. By including tiny details like the wind rushing over Riley’s hearing aids as she spends time in her backyard and the importance of being able to lip read, Amélia gets it right without overplaying this aspect of Riley’s character. Even more impressive, Riley’s deafness remained consistent throughout the book rather than popping up when it was convenient for plot.

Amélia’s story building was masterful, and I do not use that word lightly. The first several chapters of the book involve some time jumping between 1997 and the current book time, 2005. The information revealed in each era exposes missing pieces and puts them back together until the puzzle of what happened to change Riley’s life so drastically is complete. Then, the story continues forward.

While The Shadow Man is the first in a series, the novel stands strong on its own. The conclusion was satisfying, and the plot wrapped up well. It’s my love of the characters and Amélia’s writing style that leaves me excited to keep reading.

Buy The Shadow Man by Amélia Cognet here. If you’re into it, Amélia also published a short story in this horror anthology.

S. R. Logan is a mom of three who dabbles in writing, drawing and other crafty things. You can find her work on Medium and Instagram.