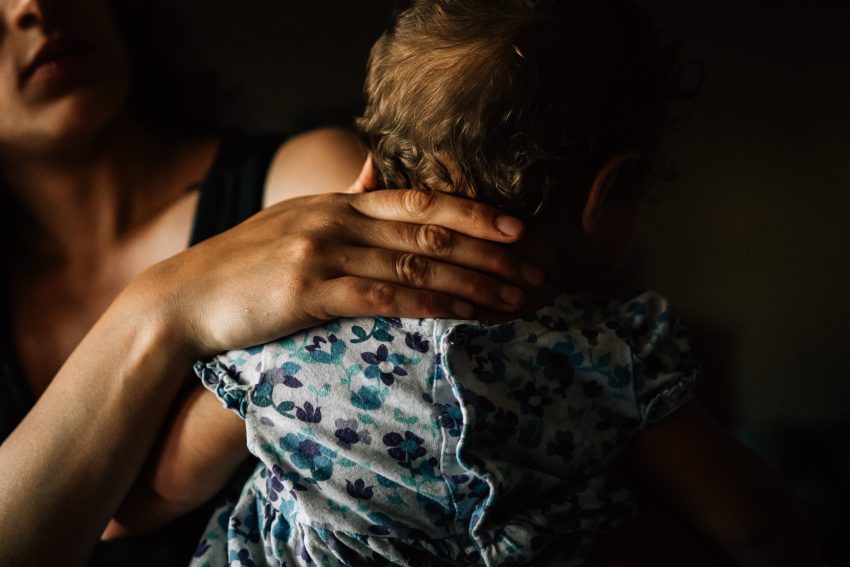 One of the truest things I know is that we cannot mother alone. And we aren’t supposed to.

For as long as humans have been alive, raising children has required a community. Modern society has not only given mothers unprecedented expectations for childrearing, but it has stripped away any support we had along the way. The mommy wars of the 90s became the social media sanctimommies of the 2000s and 2010s and all of it has made so many aspects of motherhood, well, unbearable.

We are supposed to have named methods for sleeping and eating from the time our children are infants. We are supposed to breastfeed, but not for too long because that’s gross. From the way we position our children in car seats to the way we school our children, it seems that someone is always there to tell us that we’re doing it wrong. And, without a close extended family to model things for us, we second guess ourselves at every step. We’re just supposed to “know.” We feel like failures when we don’t.

At the time when we need people the most, we are overwhelmed and exhausted. There is a natural isolation that occurs in the early stages of modern motherhood that is not just hard; it is dangerous. We need community. We need people to cheer us on and let us know that we aren’t alone when we want to lay on the floor of the closet and cry in the middle of the day. That we aren’t alone in texting people from the bathtub at 10pm before the first baby wakeup of the night.

We believe so many of the lies we are told. We believe that we should just be able to do these things. We should leave our babies and go back to work as soon as maternity leave is up. We should juggle childcare and career and postpartum depression and while fighting social justice battles. We should feed our children organic sugar free gluten free dairy free foods and serve them in reusable packages. We need to care for the physical, mental, emotional, and social wellbeing of our children and also save for college and retirement and….

It’s all just too much.

In all of it we forget that we are women. We stop dreaming for ourselves, thinking it selfish or frivolous. It is neither of those things.

It is in dreaming and the pursuit of those dreams that we teach our children the most. We teach them about passion and discipline and goals. We teach them that they do not have to destroy themselves to give to everybody else. In fact, a whole, healthy, vibrant mother has so much more to give.

Community is the key. It is the relief for the exhausted mother trying to chase a toddler while keeping a newborn alive. It is inspiration and love and encouragement. We cannot succeed in a vacuum.

I’ve always hated the term “finding my tribe,” mostly because I’ve never really had a “tribe” as much as a loosely connected web of tribe members. And when people referred to their respective tribes, it felt like something that was concrete. That there was no more room.

Here is reality, friend: There is always room. So many moms are just like you. They feel like nobody is in the trenches with them. They feel like they are losing themselves in laundry and diaper changes and dinner prep. They have stopped writing or singing or dancing doing whatever brings them joy because there is not enough time.

It’s really easy to believe that your words don’t matter. That you’re too busy and there just isn’t time. That it’s just too hard right now. And maybe it is. Or maybe we just need to know that we aren’t alone and that there are hands on our backs.

About the Writer: Allie Gravitt is a mom of 3 and lives in metro Atlanta with a house full of animals. Her debut poetry collection, prisonbreaks, is available now on Amazon.

1 thought on “When we need community most”