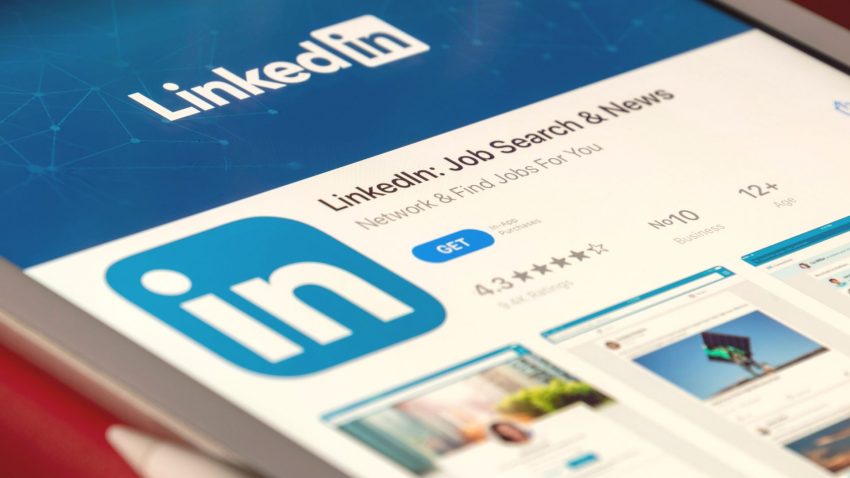 When I decided to use LinkedIn for freelance writing, I had been a part of their community for quite some time. I had placed “Looking for Work” on my profile picture, but I wasn’t really active on the site. Nothing really came of it for a few years.

Truthfully, I never understood everything behind the website. I just sort of uploaded my resume, posted and interacted with others once in a while, and let my personal blogs post to it.

But then someone reached out to me through my private messages, and I couldn’t believe it. I know I should have done more with the website since I wanted a writing job, but doing nothing got me my first freelance writing job.

My first job was with Eduland, a Chinese-based children’s publisher for ESL readers. They asked me to email them if I was interested in joining their team to write children’s books. I had never written a children’s book before, but that wasn’t going to stop me. I emailed them right away.

The woman who became my boss asked me to send in some samples of my writing and my CV. Before I received this job, I had never heard of a CV before, so I googled it real fast and wrote one up to be sent in. I even made up a sample of a children’s story on the fly.

And so you know—a CV is a short bio that’s only a sentence or two describing what you write, what you’re working on, and what awards or achievements you had made. You could also include any writer’s conference or other writing-based events you’ve attended.

After a couple of days, they reached out to me again. The woman I talked to was based in China, so I waited until nighttime to have my first online interview via Skype.

Note: A day or two before your interview, make sure your Skype, Facetime, or Zoom accounts work. I almost missed my interview because I hadn’t used Skype in so long that I couldn’t log on. Thankfully, my interviewer was understanding, and we interviewed via Zoom.

Research before you accept

I couldn’t wait to get started, but I should have stopped myself and done more research on the company. Always, always do your research on a company that you want to work for. If I had, maybe I would still be writing for them. Maybe not.

The writing was fun, and the characters were cute. But they compared my writing to someone who had been with their company longer and told me I wasn’t good enough. It was a major blow to my confidence.

I ended up quitting the job, not because of their harsh words but because it became a little too much for me to handle. I had thought I could handle life and writing for them, but it turned out it wasn’t the right time for me.

Do I regret working for them? No way! It opened my eyes to writing children’s books, which I never thought I could write. Even though they were harsh, they boosted my personal confidence to write my own children’s books. (Side Note: I recently heard that Eduland got into some hot water with the company they used to pay the writers through and no longer continue their endeavors with freelance writers!)

For my latest job, the one I just signed my contract for, someone reached out to me once again on LinkedIn. I now work for Reading Gates, a Korean ESL publisher. And they definitely have their act together.

First, the pleasant woman sent me not only a message asking me to email her if I was interested in writing for them, but she also sent me several links. She sent me the link to their website, to their YouTube channels, to Amazon, where I saw one of their freelance author’s books for sale, and the link to the YouTube channel of the characters I would write about.

I checked out each link and asked my friend who I had worked with in the last job since she was an ESL tutor if she knew the company. She knew they were popular but also had a friend who lived in Korea as a tutor and they both told me to go for it, so I did. They asked for samples of my writing and my resume. I updated my resume, wrote a few new samples, and sent them in.

After I chatted with my new boss within the company, signed the contract, and watched the YouTube link for the characters I would be writing about a few hundred times, I was ready to dive into my new adventure. But with this job, I want to do things differently than before.

For the first two jobs, I wrote the stories and turned them in. For this job, before writing the stories, I have to fill out an excel spreadsheet including the character series, titles of the 10 books within the series, an outline, a synopsis, and 6–8 words that would be the keywords for each book.

After I get the okay, I’ll write the books and explain the illustrations to the illustrator. I don’t know how confident I am with that part, but I won’t let it stop me. Already, this company has shown me through their communication and sent links they are going to be a better fit for me.

Remember, always do your research before you jump into a freelance writing contract with a company that reached out to you in your private messages. If you are on LinkedIn, don’t let it go stale, keep it updated even if that meant just updating your resume. Interact with those you follow and those you don’t, even with editors, publishers, and companies like the ones I had worked for and work for now. And good luck!

About the Writer: Lacey Gordon is a stay-at-home mom to two beautiful, funny daughters and the wife and caretaker to her medically retired Navy veteran husband. She is a retired preschool teacher of nearly 13 years. Her love for writing stories started in high school, and she started blogging in July of 2017. Her first book, Pahulu Hale – Haunted House, will be published in 2022. Lacey has 2 cats, 1 standard poodle service dog for her husband, 6 ducks, 6 guinea fowl, and several chickens. In addition to blogging and writing her own books, Lacey writes children’s books for Reading Gate, a Korean ESL publisher.