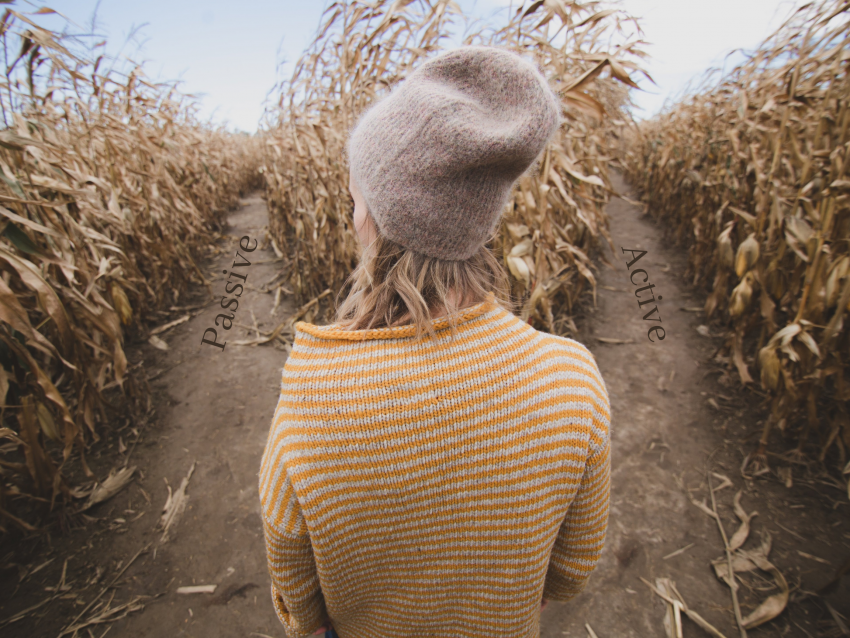 One of the most common issues I have come across while beta reading is the use of passive voice in places it shouldn’t be. While writing in passive voice comes somewhat naturally, this style can create sentences that are wordy and unclear. Stories that are meant to draw your reader in can quickly deter their attention when passive voice is present– this is a writer’s biggest nightmare.

But what is passive voice? And how can you catch yourself using it before your story is riddled in passive prose?

Let’s start out with the basics:

Check out the difference below, with (P) standing for passive voice and (A) for active voice:

Which style draws you in?

Active voice is excellent for fast-moving scenes and intense moments. It’s also kind of like the word “said”: readers are used to it, so they generally don’t notice when it’s used. Passive voice sticks out a bit more, kind of like using “growled” or “shouted” in dialogue. Sure, it’s fine every now and then, and often critical to a story. But if you use it all the time, it becomes too much for your poor reader to fight through:

So when do you use passive voice? Passive voice is helpful when you don’t know who the subject of the sentence is. This is especially important in mystery writing when the reader is unclear of who has committed a crime:

Passive voice can also be used when you want to put emphasis on the recipient of the action:

Pop quiz! What voice is correct for this example:

Answer: both! Both passive and active writing work just fine here until you choose who you want to focus on: Carrie and Ben or Tina?

If you want to try out a fun website, check out: https://datayze.com/passive-voice-detector. You can input your text and run a passive/active test on your writing to catch those pesky passive statements. Please note: this is a fun tool, but it won’t find all passive voice sentences. Don’t skip finding an editor for your work!

About the Writer: Kristin Cragg resides in SoCal with her husband, two kids, and cats, and always looks for the humor in the many genres in which she writes. When not parenting, she can be found nose deep in a book, working on her Etsy business, or volunteering at church.

1 thought on “When to use Passive vs Active voice”