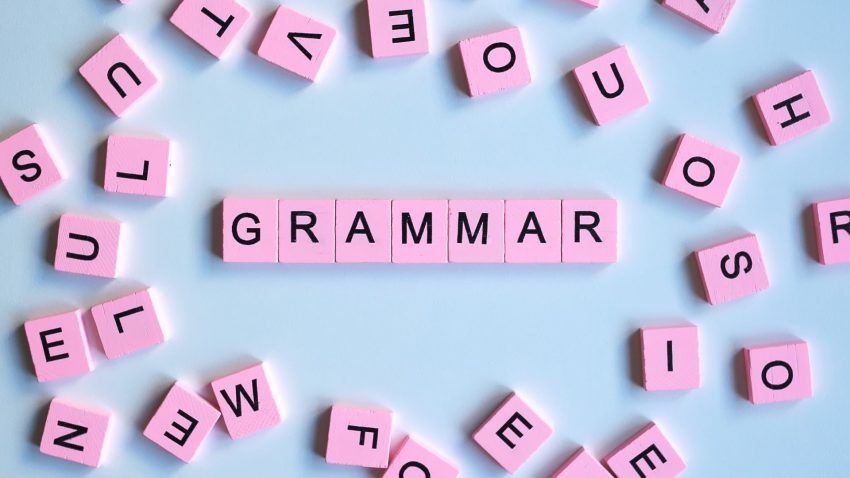 Happy National Grammar Day! We thought we’d celebrate by sifting through some common grammar mistakes in order to avoid them in future projects. A writer who possesses good grammar has a leg up when it’s time to edit.

But let’s get real for a second. Grammar is hard. There are so many stinking rules! Some of us find grammar easier than others, but even diehard grammar fans make mistakes from time to time. I’m going out on a limb to say no single person has memorized every grammar rule out there.

Whether you want to improve grammar before submitting to an editor or brush up on some forgotten rules, check out Part 1 of our list of common grammar mistakes and how to avoid them.

(Shout out to my middle school English teacher who would be so proud that I’ve written this post.)

A Note on American vs. British Grammar

As if grammar wasn’t confusing enough, American and British grammar have different rules. If you’re looking to hire an editor, it’s important to know which grammar style you need. Please note this article deals strictly with American grammar rules.

Confession: commas are my biggest pet peeve. I won’t say anything to my clients’ faces when editing, but I turn into that meme of the dog screaming internally while surrounded by fire. Not to be dramatic or anything.

Similar to run-ons, a comma splice is when you have two independent clauses joined with a comma but no conjunction.

Ex. Karen loves grammar, she wants wants everyone else to love it as well.

This example is both a run-on and a comma splice. It has two independent clauses: “Karen loves grammar” and “She wants everyone else to love it as well.” The comma placement is incorrect as is.

Some people are comma happy while others don’t use a comma for pages. I could literally write a whole article on comma usage, but we’re varying things today. So, check out this article to learn more about comma rules.

When connecting two sentences with a coordinating conjunction, the usual rule is to include a comma before the conjunction.

Incorrect: Sally enjoys reading historical fiction but she doesn’t like books about the Holocaust.

This sentence has two independent clauses: “Sally enjoys reading historical fiction” and “She doesn’t like books about the Holocaust.” In this sentence, “but” is a coordinating conjunction that connects to two complete thoughts.

Correct: Sally enjoys reading historical fiction, but she doesn’t like books about the Holocaust.

Exception to This Rule

The rule above is the usual rule. However, there’s a trend to omit the comma if the independent clauses are short.

Ex. Sally enjoys reading and she does it often.

In this example, a comma isn’t necessary because the meaning is still clear without it. Omitting a comma in these instances is totally up to each individual. Some more die-hard grammar nerds may insist on a comma and conjunction at all times. But whatever you do, keep it consistent!

A grammatically correct sentence must include a subject and verb. The subject tells us who the sentence is about, and the verb tells us what they’re doing. A fragment excludes either a subject or a verb and is an incomplete thought.

Incorrect: Julia slept all day. Because she stayed up late finishing her book.

Correct: Julia slept all day because she stayed up late finishing her book.

Exception to This Rule

Fragments are allowed—particularly in works of fiction—so long as they are intentional. Sometimes, fragments work well to emphasize an important phrase, like when a character is trying to prove a point.

People tend to get confused when adding an S to the end of a word. Sometimes, an S-ending word requires an apostrophe, and sometimes, it doesn’t. So, which is which?

When a word is a plural, it means there is more than one of that item. Pluralized words do not get an apostrophe.

When a word is possessive, it means it belongs to someone. Possessive words require an apostrophe.

Ex. Sarah’s apple tasted amazing. (If you omitted the apostrophe in this sentence, it would look like there were multiple Sarahs.)

A contraction is used informally to combine two words. Contractions require an apostrophe.

(Should’ve and similar contractions using have is another pet peeve. Many people confuse “should’ve” with “should of.” The latter is incorrect.)

Incorrect: These books is all for children.

Correct: These books are all for children.

In this example, we’re talking about more than one book, so it’s a plural noun that requires a plural verb (are). This article goes into great detail about the difference between singular and plural subjects and verbs.

Dear English, why must you have similar words that mean something so different? We’ve all done it—mixed up words and rolled our eyes upon the discovery.

The Elements of Style by Strunk and White has an amazing section of commonly misused words and expressions if you ever need to check yourself. Below is a BRIEF list of common mix-ups.

Summing It Up Common Grammar Mistakes

Grammar is hard. When in doubt, Google it. Get yourself a style guide, like The Chicago Manual of Style, if you’re so inclined. Ask an English teacher for help.

It’s normal to struggle with grammar. If you know grammar is difficult for you, I can’t stress enough the importance of getting an editor before publishing. Readers find stuff. Always. Even when it’s been through many rounds of professional editing. Some mistakes inevitably slip through, but the last thing you want is to lose readers because of too many grammar mistakes! Learn what you can and hire a professional.

That’s all she wrote.