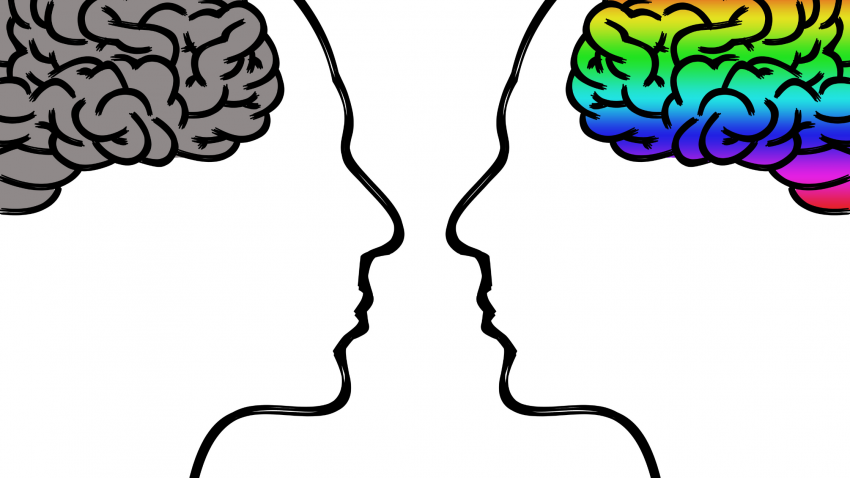 Have you ever sat back and thought about how we went from grunting at each other to stringing words together and even creating a set of complex communication rules? The evolution of language is fascinating!

Language is a writer’s business. We need to understand how people speak, what words they choose and why, and how their words affect our other characters. For example, a sixteen-year-old from 1970s America would not use the same language as a Scottish Highlander from 1745.

So, let’s take a brief look at the history of language in order to create more authentic characters.

The Evolution of Human Language

There are a couple of different schools of thought about how humans ended up with such a complex communication system. Some believe language evolved in order for humans to survive, making it part of the natural selection process. Humans created language to adapt to their surroundings.

Another theory is that language is a byproduct of evolution. As the human brain changed and developed, it became structured to form and understand language. Humans learned skills like tool-making which changed the physical and cognitive structure of the brain. This bridged the gap between grunting and words.

If you’d like to read more in-depth about the evolution of humans and language creation, check out this article by Charles W. Bryant.

We’ve all heard our parents say some weird words and phrases that make us roll our eyes because they sound so outdated. In a similar vein, when Gen Z speaks, I feel like I’m listening to a completely different language sometimes.

Each generation has its own vernacular. The slang they create sets them apart from other generations, making them unique and giving them their own identity. “The bee’s knees” became “groovy” which became “sick” which became “slaps” (I think…Honestly, I had to look it up.)

Sometimes, understanding slang from generations other than your own is tricky. (See my above sentence…) It can cause communication breakdowns and an inability to understand someone.

Why is Slang Important for Writers?

Slang gives your writing a specific style. It’s especially helpful in historical fiction, allowing the author to situate their characters within a specific time period and location.

Take the Outlander series, for example. All of the characters come from historical periods that happen before author Diana Gabaldon wrote the novels. Therefore, all of them have their own slang that’s relevant to their specific time period.

Without giving anything away, Outlander has characters from 1940s England, 1740s Scotland, and 1960s America to name a few. Gabaldon is very specific about each character’s speech. Not only does this orient the reader in the proper time period, but it makes the characters feel even more real. It allows readers of the same generation to connect with a character.

How to Use Slang in Your Writing

Don’t overuse it. Too much slang can be confusing for a reader—especially if it’s from a different generation altogether. The point of using slang in writing is to enhance the story and add characterization. If the reader has to look up every other word, you have a problem. Know your audience.

Use it properly. Grammar rules apply to slang, too. Not only should you understand the definition of the word, but you need to know its part of speech. It sounds simple, but it can get complicated when dealing with slang from older generations. Once a term becomes obsolete, it can be hard to figure out how to use it.

Websites like The Urban Dictionary and The Online Slang Dictionary are wonderful tools for authors. If you’re getting into some real historical stuff, you’ll want to seek out a linguist. Their literal job is to study and analyze endangered languages.

Think of the evolution of language like a gene mutation. Language is passed down from generation to generation. Its changes are influenced by factors like region, demographic, and age. Language is ever-evolving. It’s crazy to think that, one day, people will read our books and think they sound old-fashioned. You know, the way we think of Charles Dickens.