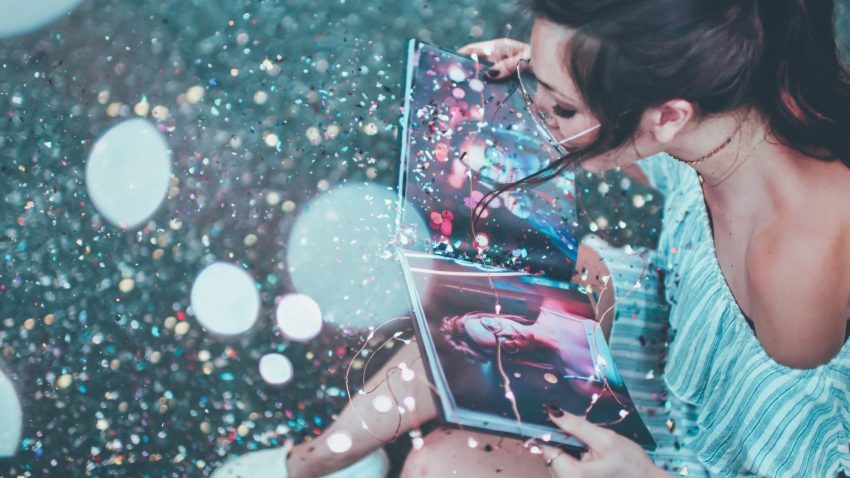 Writing fictional characters is my favorite thing. Yeah, sure, the plot and the world-building. But the characters! They make the story for me. Their realness and relatability can take a book to the next level.

Think about the classics: Gone with the Wind, The Great Gatsby, To Kill a Mockingbird. Those were just a few novels I thought of off the top of my head where the characters jump off the page. They are complicated, complex, and not always likable or perfect. But mostly, they’re REAL. They feel like real people. And they’re interesting!

So, how do we make our fictional characters like Scarlett O’Hara or Atticus or Gatsby?

When writing fictional characters, it’s important to remember they should resemble real people. Characters need flaws, morality, hobbies, and personalities. Find pieces of yourself and give them to your characters. In order to create intimacy between your readers and characters, give readers access to the inner monologue of your most important characters.

What is Character Development?

How many times have you not finished a book because you found the characters boring or unrealistic? That’s due to poor character development. Character development is the process of creating a fully-realized, three-dimensional person with depth, personality, and clear motives. It also speaks to the changes a character undergoes during the course of the plot or series.

Why is Character Development Important?

Character development and plot go hand-in-hand. If you have a kick-butt storyline, but your character is a snoozer, then no one will take the time to see where things go. Readers need to care about your characters in order to feel the impact of your plot.

People want to see themselves or people they know when they read a book. Characters should have hobbies, favorite colors, foods they hate, relatable personality traits. They should have backstories and thoughts and fears. All of these things determine how a character reacts to the events of your plot.

Take Scarlett O’Hara. She’s a stubborn lady, to put it nicely. That stubbornness allowed her to keep her house during the Civil War. It led her to a life of comfort since she refused to “go hungry again.”

This brings us to another point: your characters’ goals need to be important to them. In other words, what your character wants sets the stakes for your story. For example, Scarlett didn’t want to be hungry, so she married wealthy men she didn’t love to make that a reality. (P.S. I’m totally over-simplifying Gone with the Wind, but you get my point.)

The stakes don’t have to be huge, but they need to be important to your character. I don’t know about you, but when I’m obsessed with something, I won’t shut up about it—and I’m not even an extrovert. Make your characters care.

For me, my protagonists are usually the most like me. It’s easiest for me to write what I know. Slash, I not-so-secretly want to see myself star in my books.

Since we’re talking about writing real people, why not give your protagonist some flaws? Real people have flaws, so characters should have them, too. Perfect heroes are boring!

Not only do flaws make your characters seem more human, but they also can aid your plot. Is your protagonist going on a journey but they’re horrible with directions. Boom! They get lost. Now, you have yourself a diversion from their goal and the chance for more character development. How will they get back on track? Do they ask for help or are they too proud? (Eek! Another flaw!) Are they so naive (more flaws!) that they accept help from someone sinister?!

Additionally, your protagonist should have some sort of arc. They need to experience change within your story—either good or bad. (Most) real people aren’t static. They grow and change, and in a book, this is called your character’s arc. A character arc keeps things exciting for readers.

Alright, here me out. Villains are people, too. They’re evil, but they’re people. Many readers won’t accept a villain who kills for no reason. Antagonists need their own motivations and morals. The morals are probably going to be warped, but it’s essential for your villain to have reasons behind their actions. Real-life villains usually do.

However powerful your protagonist is, your antagonist should be more powerful. This gives your main character a reason to work harder (possibly inciting that change we talked about earlier). If the villain is too easy for your protagonist to conquer, then readers will be left unfulfilled.

Melanie Wilkes is the sweet-natured opposite of Scarlett O’Hara’s sharp-tongued stubbornness. They’re two completely different personalities forced together to make the best of a situation. With oppositional primary and secondary characters, you can play with different morals and give more perspectives on subjects within your plot. This automatically keeps readers interested.

Complimentary characters don’t have to be terribly different from each other. But they should be different enough so as to compliment each other. Think of your real-life best friend. You probably have a lot of similarities, but you’re not exactly the same. Complimentary secondary characters are sounding boards for your protagonist. In the fantasy genre, maybe they have a different set of powers than your protagonist that allow them to defeat villains together.

So, we know we want the characters to feel real and be relatable. They don’t have to be likable or even morally good, but they must be interesting. How do we achieve this?

1. Take a personality test as your character.

This literally changed my life. I took a personality test in the mindset of each one of my characters—protagonists, antagonists, and secondary characters. I answered the questions like them, which allowed me to get inside their heads. Then, I received a full-blown write-up of every aspect of their personality. I was given strengths and weaknesses and told how they acted in relationships, both romantic and platonic. I even learned what kinds of parents they’d be!

Some of my characters have the same personality type, but I chose different strengths and weaknesses to highlight so the characters didn’t seem too similar. The personality breakdowns from the website I use are super helpful to refer back to while writing.

No one wants to read a book where all the characters seem like carbon copies of each other. Not all of your characters need to be memorable, but the important ones sure do. If readers keep confusing your protagonist and antagonist, you have a major problem.

On top of fleshing out their personality, giving your character memorable quirks is another way to keep your readers engaged. Does your protagonist have fiery red hair in a world of all brunettes? Does she have a catchphrase she says when she’s annoyed? (Fiddle-dee-dee, anyone?) Even a title like Evil Queen is enough to ingrain the character in a reader’s mind.

3. Let your characters surprise your readers.

The most interesting and memorable characters make choices that surprise readers…and sometimes, their authors, too! That being said, whatever surprises you throw in should still make sense for your character. Maybe they made a bold choice to speak to the secret crush they’ve been pining over for three books. Give readers something to pay attention to, something that will keep them interested and rooting for your characters.

4. Let readers inside your character’s mind.

I love a good inner monologue. It’s probably because my own mind is so loud that I subconsciously burden my characters with it, too. But as a reader, it’s so interesting to understand the mind of a character.

I love when a character asks questions. “Did I seriously just say that?” “How am I going to get through this?” “What am I even doing here?” We all ask ourselves questions like this, and to see it in print from a character you love…you can’t get much more intimate than that!

All of us here at Moms Who Write know what it means to have a story inside, bursting to be free. For many of us, the characters are dictating the story, and we are simply the vessel to release them onto the page. Listen to them. Let them shine.

And, if you need more help, the Master Class website has some really good writing exercises for character development.

4 thoughts on “How to write captivating fictional characters”