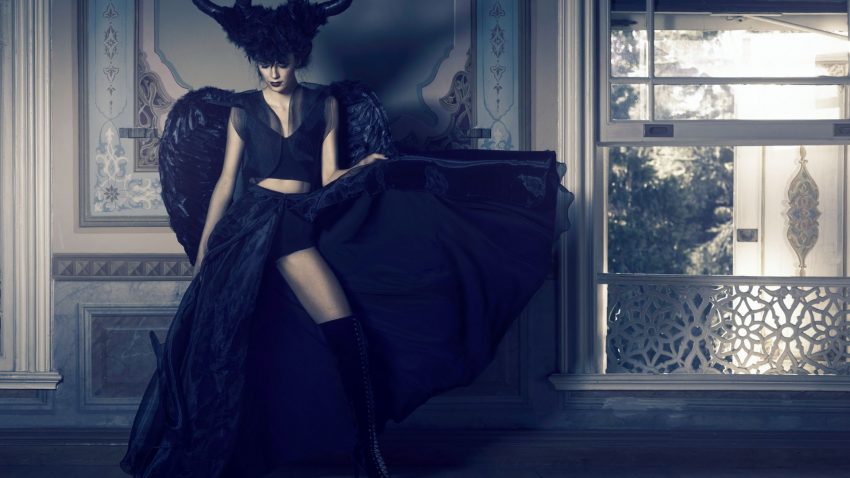 All stories need some sort of antagonist for the protagonist to battle. The antagonist can be many things, but for the purposes of this article, we’re talking about human bad guys—otherwise known as villains. If you’re wondering how to write a great villain that everyone will love to hate, then read on, friend!

What is a villain?

Let’s clear something up first. A villain is an antagonist, but an antagonist doesn’t always have to be a villain. Confused?

An antagonist is something or someone that causes or inflames the conflict for the protagonist (AKA main character, AKA hero). An antagonist doesn’t have to be a person at all. It can be an inanimate object, like the weather, or something even more abstract.

A villain, however, must be a person. They cause or inflame conflict for the protagonist, and their motivations usually directly oppose that of the main character. They also, you know, tend to be and do mean things.

Characteristics of a great villain

We want to write characters that captivate our readers. Villains are no exception. They must be the driving force behind the action and prove to be the proper foil for your hero. Every good villain has some common characteristic. Let’s take a look!

A villain should have a clear moral compass.

Your villain’s moral compass will probably not be the same as an upstanding citizen. But these characters need to have a reason to justify their actions. For example, if your villain is a serial killer, he needs to have a reason behind the killing sprees.

What is his logic? Did something happen in his past that fuels his need to kill? Villains need a set of beliefs to follow, just as a hero does.

A villain needs a good backstory.

Jumping off of the previous point, part of what steers a villain’s moral compass can be his backstory. Let’s face it: a villain without a backstory is boring. Nowadays, audiences want to read well-rounded characters—villains included.

Think about the villains in the fairytales of the Brothers Grimm. They exist solely to torment the hero. We know nothing about them. Giving your villain a decent backstory helps inform their moral compass and makes them much more interesting to readers.

A villain should be strongly connected to the hero.

The stronger the tie between hero and villain, the more compelling the story. Take Luke Skywalker and Darth Vader, for instance. Their final battle was bound to happen because of the pull of their relationship. Vader’s constant opposition to Luke also serves in the hero’s character development.

A villain should be equal in power to the hero.

Whether or not the hero knows their own strength, they shouldn’t be unequal to the villain and vice versa. A hero who can easily defeat the villain is boring. Likewise is the villain who’s so powerful that the hero doesn’t stand a chance.

Speaking of chance, it’s always a low-stakes choice to have the hero defeat the villain by accident. The Harry Potter and Voldemort combo is a great example of ongoing battles with varying degrees of wins and losses between them. At first, Harry might win by accident, but J.K Rowling gave Harry seven books in which to learn his craft and develop his powers. Only then could he defeat his villain fairly and equally.

Tips to write a great villain

How will you write a great villain?

There are many ways to write a great villain. If you follow some of these methods, then you’re off to a good start! We would love to hear some of your methods for writing villains. Comment below!