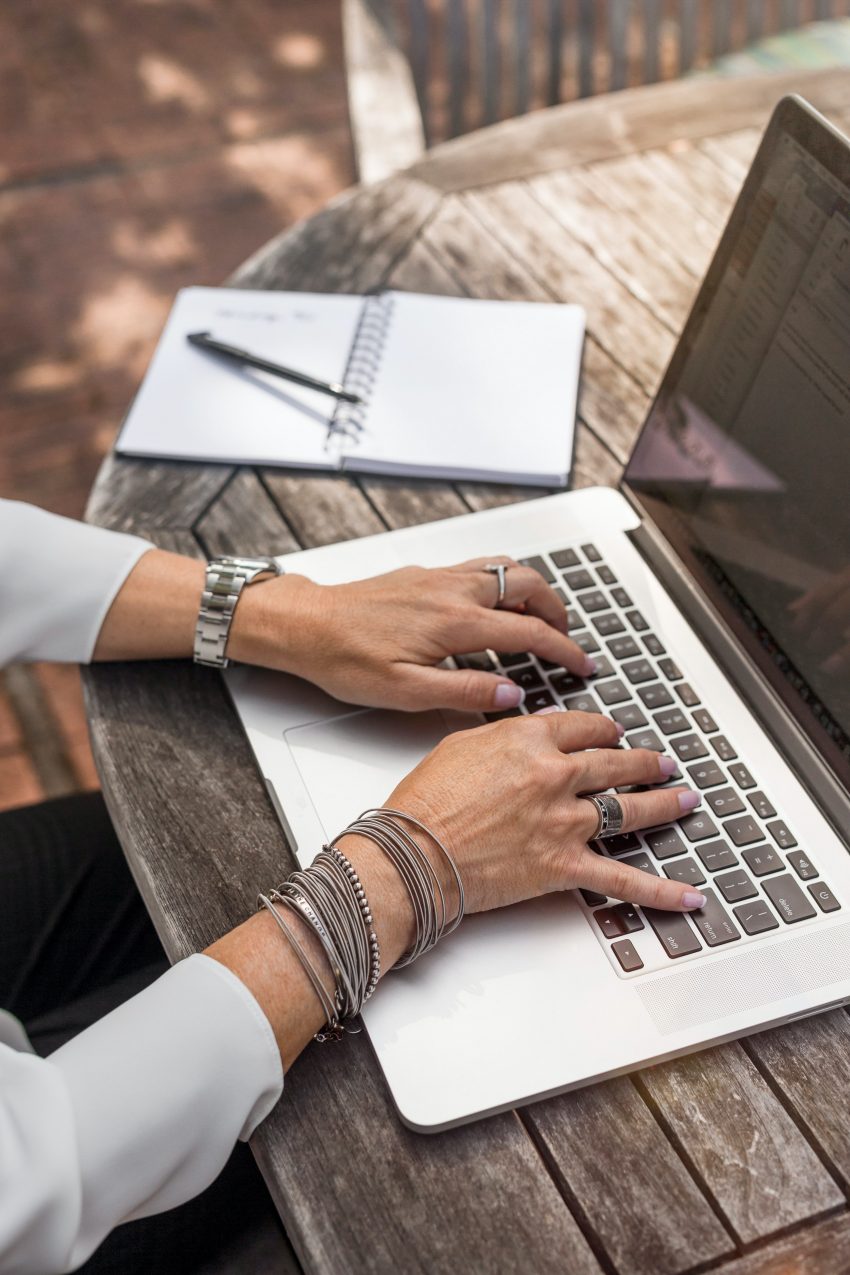 After you’ve finished writing and editing your novel, the inevitable question is what to do next. Your baby is all grown up and ready to go out into the world! But then you’re hit with the paralyzing decision of what path to take. Traditional publishing? Self-publishing? Small press? There are so many options, and when you’re new to the book biz, there’s an ocean of information to wade through. Whether or not you have an agent, or are still just shopping around, it can be really helpful to know what you’re dealing with, and what future you envision for yourself as an author. And that’s where picking a publishing company comes in.

In today’s world of publishing, there are several different routes to getting your book into the hands of readers. There’s the Big Five Big Four, traditional and mid-level publishers, small presses, self-publishing, and then vanity presses… So, which one is right for you, and which ones should I run far, far away from? Here are the options you have when picking a publishing company:

The largest traditional publishing houses out there were previously known as the Big Five; now, they’re the Big Four. Last year, Penguin House bought Simon & Schuster, leaving Macmillan, Hachette Book Group, and HarperCollins as the rest of the Big Four. And in any case, for many authors, getting published by one of these houses is a lifelong dream. It’s the sign that you’ve made it: not only are you a published author but your book was published by HarperCollins! Let’s look at the pros and cons.

On the pro side, the prestige alone can make it worth signing with, say, Penguin House. The Big Four houses can afford to pay larger advances, and their marketing department will put all other publishers to shame. This means you’re more likely to have dedicated dollars behind promoting you– book tours, publicity campaigns, and so on. Your book will be on more shelves across the country, and you’re more likely to land on a bestseller list.

The cons for a large press? Unfortunately, that larger advance means it’ll take much longer to start getting royalty checks if you get them at all. Your royalty percentage will be much smaller with a large press. Plus, if you don’t earn back your advance, there’s a good chance you can kiss publishing your second book goodbye. Those marketing dollars are fantastic, but only if you’re one of the select few they dedicate them to; with a Big Four publisher, you’re significantly more likely to be just a meaningless number. The process to get your book published may also take longer, and you’ll have much less creative control. It’s also near impossible to get signed if you don’t have an agent first.

Finally, don’t forget that there are other traditional publishing houses. Yes, they are smaller, but still well-known and well-respected. These are usually referred to as mid-level. Examples include houses like McGraw-Hill, Scholastic, Wiley, and Sterling, which usually are able to compete with the Big Four when it comes to bidding for books. They often only accept agented submissions as well, and though they tend to pay advances, they’re smaller than the Big Four can afford. Authors aren’t as much of a dime-a-dozen at a mid-level house, so you have a better chance of standing out. But you won’t get nearly as much personal attention as you will with a small press.

Going with a small, independent publisher can be scary. They aren’t nearly as well-known, there’s not as much prestige, and the chances of walking into Barnes and Noble to see your book is much smaller. But there are still a lot of good reasons to consider a small press.

One of the best things about a small press is the amount of individualized attention you’ll get. These publishers put out fewer books each year, so they’re able to dedicate much more time to their authors. You’re more likely to land an unagented publishing deal with a small press, and your royalties may be higher. Though they don’t have the marketing budget of a large publisher, they’re more likely to make unique marketing plans. Not only will you have a stronger voice in the creative process, but it will likely take less time to get your book out into the world.

The downsides are that, of course, there’s likely to be no advance at all. While it’s not impossible to have your book on a bestsellers list with a small press, it’s less likely. (Remember: those lists are curated, and not about what are truly the bestselling books on the market.) You might have to do some of your own legwork when promoting, and your book will not be available in every bookstore across the country. A small press will get your book on some small media markets, but you probably won’t be automatically selected for the Target Book Club or get featured by Oprah.

It’s becoming more and more popular for authors to consider self-publishing. Maybe the idea of pursuing a traditional publishing path– finding an agent, then a publisher, then waiting almost two years for a release date –isn’t ideal for you. Or perhaps you just want to maintain total creative control over your story. Maybe you’ve tried finding an agent or a publisher, and didn’t get anywhere. Whatever the process, self-publishing has gone from something frowned upon to a perfectly respectable publishing path.

There are, of course, pros and cons. One of the biggest benefits is that you are entirely in charge. The book cover? You get to choose how it looks. Developmental edits? Nothing without your permission. You have complete control over the marketing of your product, and you can publish as quickly as you like. And because you’re publishing it yourself, you get almost all of the profits. You also retain all of the rights to your material, which is a big selling point for many authors.

The downside is that you have to do all of the work yourself; that could mean spending some cash upfront. If you aren’t experienced in graphic design, then you’ll need to pay someone to create your cover. You’ll also need to pay for the ISBN’s if you want to sell outside of Amazon. If you write children’s books, you’ll need to set aside costs for an illustrator, formatting, manufacturing. To get your book into a physical bookstore, you would need to bring your own copies and sell yourself. And getting on a bestseller list would not be as likely.

For some authors, a hybrid publisher can be the best of both worlds, especially those looking to self-publish. It’s a growing area that can offer the professionalism of traditional publishing, with freedom and creative control.

The downside is that writers are essentially paying contractors to do a lot of the technical work, so the amount of out-of-pocket costs can be substantial– in the thousands. You’ll need to do more research to find the best hybrid model for you, especially to determine if they’re legitimate, and not just a vanity press (more on that soon). Though you’re potentially getting higher profits, the flipside of that is that the financial risk is all on you, too.

For an aspiring published author, it may not seem shady to find a publisher saying they’ll take your book if you just pay them first. But chances are, this is a vanity press, and if it is, then you need to run. Fast.

How to know a publisher is a hybrid publisher and not a vanity press? There are things you can look for. If they take anyone that comes to them, that’s a red flag. A hybrid publisher should have a mission and vision for their house, and they also should have an imprint and ISBNs available. They should be publishing to industry standards, provide distribution, have professional-quality work, and have a respectable sales history. If you can’t easily find their authors to determine quality or the books look cheap or amateurish, that’s another red flag. Hybrid publishers also typically split the publishing fees after the fact, while vanity presses demand the author pay all of it, right upfront.

Vanity presses are typically scams, charging authors sky-high prices for formatting, editing, marketing, and more. A legitimate agent or publisher, whether hybrid or traditional, will never charge you a reading fee; vanity presses do. They will heap on the flattery and promises, vowing that your book is so good that Oprah will surely pick it up, and it’s only a matter of time before it’s on the New York Times bestseller list and being turned into a movie. They’ll want you to sign an exclusivity contract, or they’ll be the ones to contact you as opposed to the other way around. Vanity presses are also notorious for making their authors buy their own books–no author proof copies here!

Essentially, a vanity press makes its money not from book sales, but from the fees it charges its authors. No matter how desperately you may want to be published, this is always a bad idea.

About the author: Casandra Chesser is a freelance writer, editor, and novelist who started writing in kindergarten and never stopped, and is a historical fiction novelist. Her career began writing columns for a local newspaper, but history has always been her passion. She spent many years immersed in the past during her childhood in northeast Florida, exploring the nation’s oldest city, St. Augustine. History has always felt like an opportunity for her to experience different things; to visit another world, be transported into fantasy, and learn from the people and places who came before us. A Florida native, Chesser now lives in Nebraska with her husband, six children, two cats, and one dog.

6 thoughts on “Publishing Companies: What are the differences, and which one should you choose?”